You know, when people flippantly say “Greeks are lazy and that’s why they’re bankrupt,” I have dismissed it. Japan is much more bankrupt than Greece by debt to GDP and I would’t call Japanese people lazy. Japan can print its own money though, so they can keep financing it through inflation.

America is also much more in debt than Greece in terms of unfunded liabilities into the future, but America can print dollars until the currency collapses. Greece can’t.

But now, I think I’ve seen it all. The new Greek Debt Minister Euclid Tzakalotos came to the emergency post referendum meeting with nothing. Un-be-friggin-leavable. He wrote cursory notes on hotel stationary.

Maybe they are just lazy. 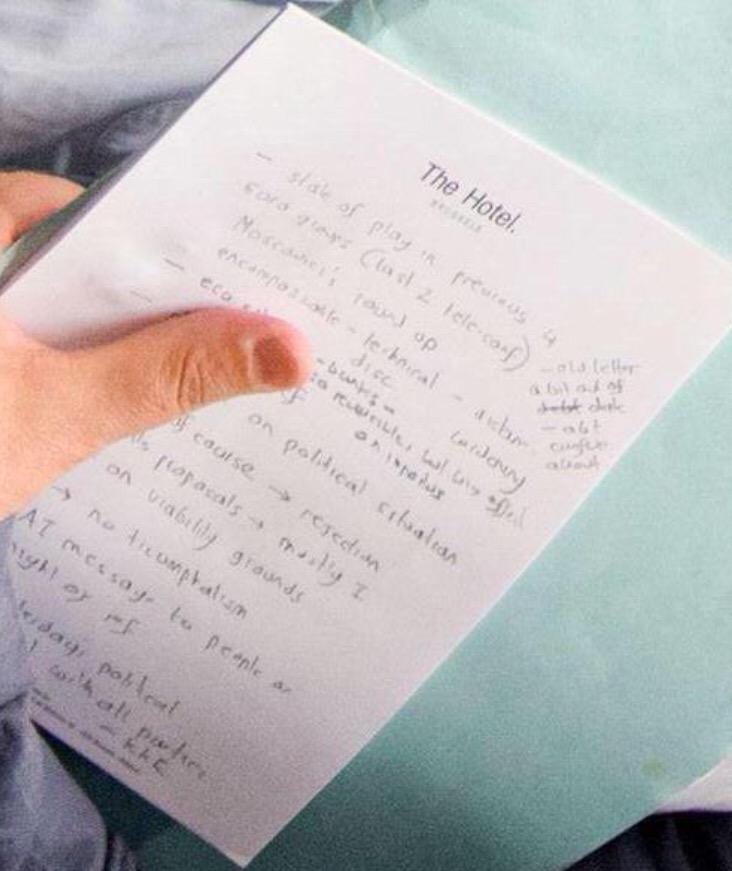